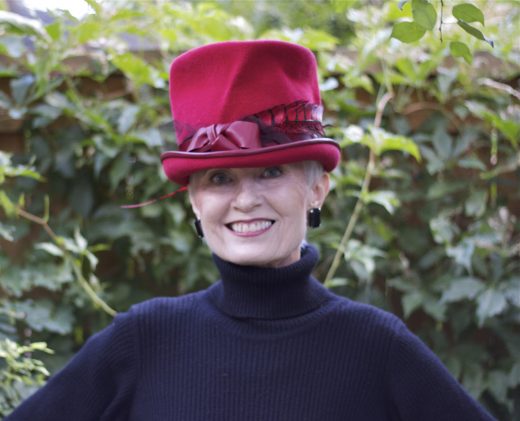 September’s Hat Attack celebrates my first formal collaboration with a milliner.  Months ago Cha Cha HERE contacted me by email, asking if I would be interested in working together.  In the past, nothing of this nature had peaked my interest, but when I visited her website I was very impressed and to my surprise, and without hesitation, I said “yes.” 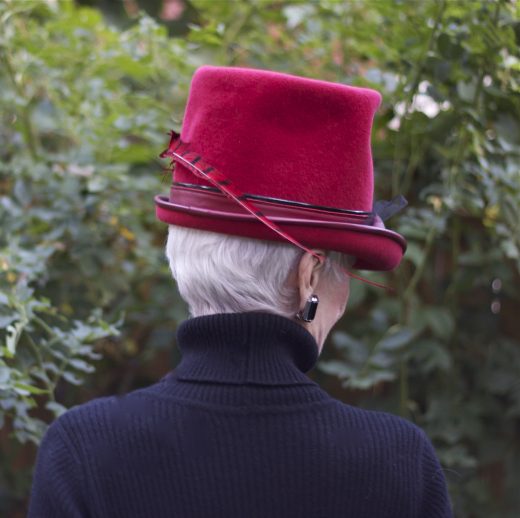 During my most recent trip to New York I visited her studio, and it was then that I realized that my instincts had been right.  Cha Cha was warm, fun, interesting and engaging.  Her staff was welcoming and her workroom was abundant with activity that drew me in. Her studio was filled with racks of gorgeous headwear, and it was clear that she was talented and skilled.  It was at that time that I fell in love with this ruby velour top hat with its captivating red and black pheasant feather.  And so my thrilling collaboration with Cha Cha began.  Another unexpected gift from the world of blogging.

Nothing is more exhilarating to me than supporting and engaging with the headwear community.  My love for the art of millinery and hat making is written all over this post.  Thank you Cha Cha, for initiating a new chapter in the series that is Hat Attack. 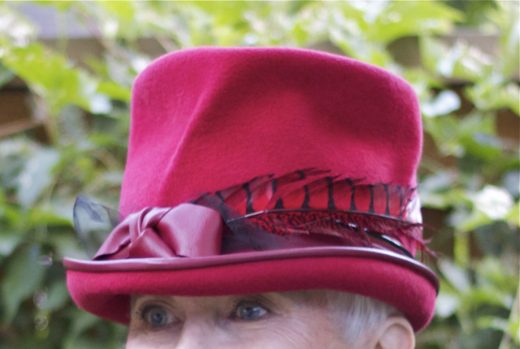 Description of the Melora by Cha Cha

This season we looked to some of my favorite hat wearing music icons for inspiration. Melora is the lead singer of a long time favorite band called Rasputina HERE. She plays cello and writes quirky songs about Victorian oddities.” ~Cha Cha

Cha Cha’s Melora has inspired me to add video to my monthly Hat Attack, and today I’m posting my first attempt at this new medium.  I’m totally “101” at this, but there’s a thrill in starting something new.  Thank you to Finn and Daniel for the expertise and fun! 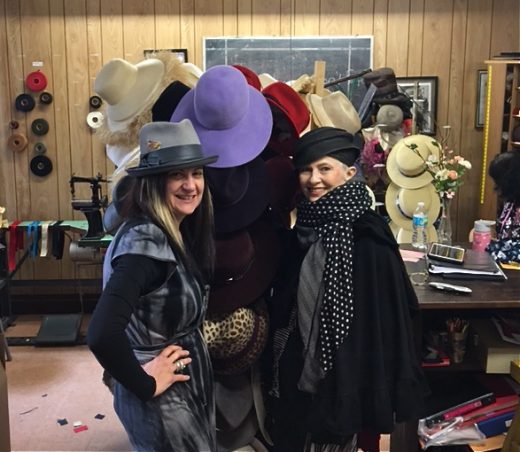 Visiting Cha Cha in her studio in NYC in April

“Cha Cha began studying the craft of millinery in 1994 under the
tutelage of the highly regarded milliner, Anne Allbrizzio. After completing
the millinery program at FIT she began designing for private clients.
Soon she started collaborating with the East Village designer Mark Montano.

Cha Cha’s hats have attracted the attention of the entertainment industry.
She counts several celebrities as devoted clients including Alicia Keyes and
Justin Timberlake. Her hats have also been purchased by Queen Latifah,
Pink, & Christina Aquilera among others.” 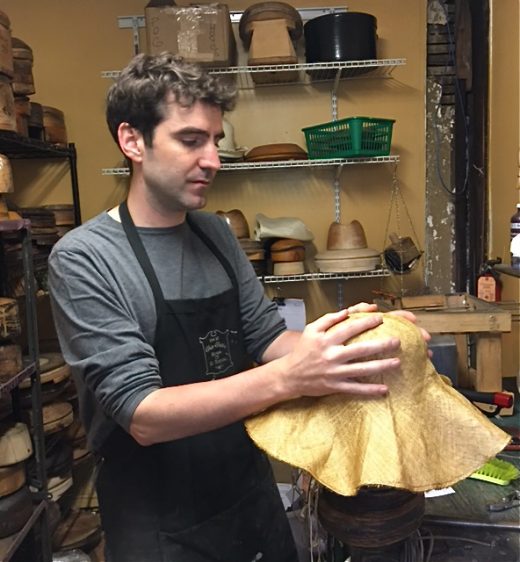 “Why I love Millinery” – By Cha Cha

“I became a Milliner because I absolutely love the process: blocking, finishing, etc. I originally went to school for fashion design but was a terrible pattern maker, sewer, etc.

The Melora is available on Cha Cha’s website HERE.  Cha Cha is offering a 15%  off discount through the link on my post using the discount code “stylecrone” on her website from Sept 1 -7.

The Melora is courtesy of Cha Cha. All the writing (except for quotations) and opinions are my own.  Style Crone does not receive commission from purchases.

Now it’s your turn to throw a little headwear my way. Give The SC a SEPTEMBER HAT ATTACK and kindly link to Style Crone somewhere in your post. The link-up will be open through September 30th.

Anyone can participate in the celebration of headwear!  All you need is a URL, which can be acquired from Instagram, Facebook or your website.  All forms of headwear are appreciated:  hat, headwrap, headscarf, headpiece, fascinator, hair flower, headband or other adornment for your head that you enjoy.  Multiple photos are encouraged!

I Made This Hat 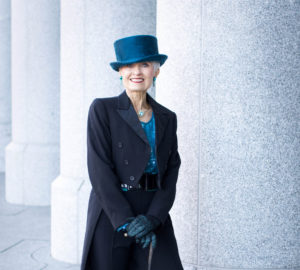 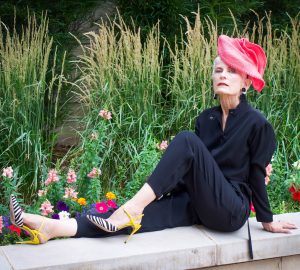 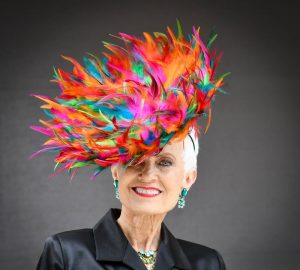 A Dandy On South Broadway