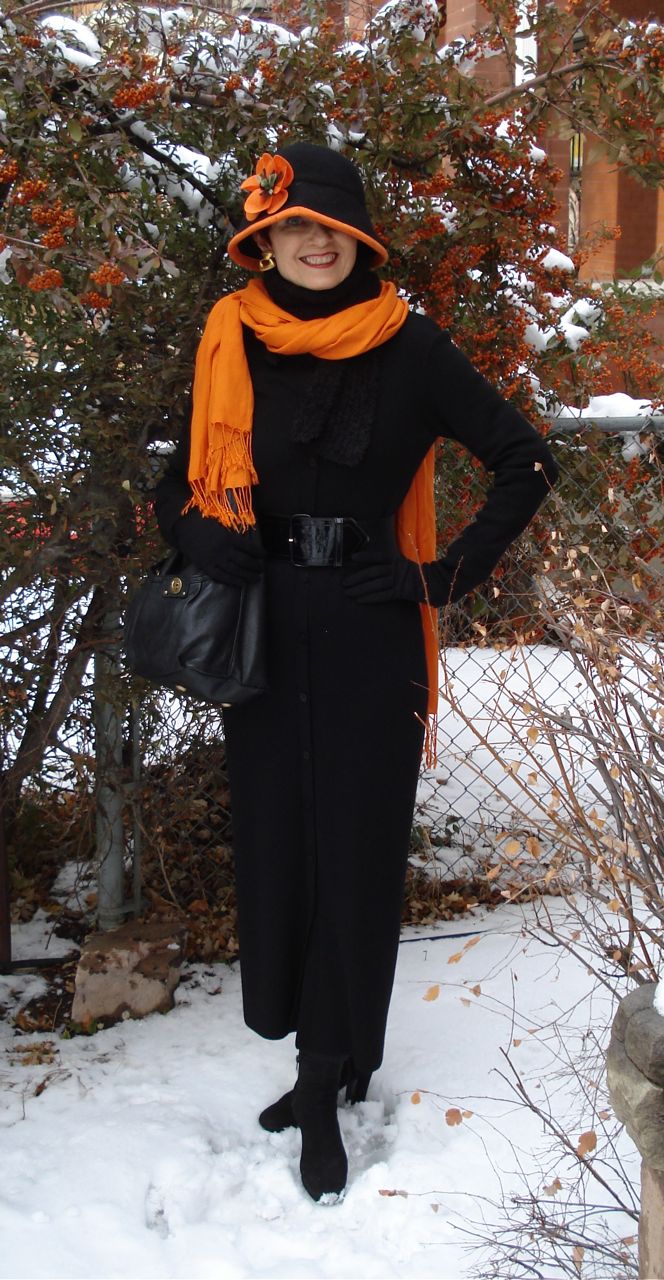 Now this black wool fabric hat trimmed with a brilliant orange flower with a hint of green, when compared to Patricia Underwood’s designs, is on the other end of the hat continuum.  The Style Crone loves the entire spectrum as hats have the ability to express different moods, attitudes, perspectives, possibilities.  This hat is fun and a bit ‘tongue in cheek.’  I needed a touch of humor after Nelson’s PET scan this morning. On the way to the facility before the scan, I was about to take a wrong turn, at which time Nelson asked, “Did your really want to go to the airport?”  Wishful thinking on his part!

The day felt a bit askew with the scan as the anchor for the day.  It was evidenced in yoga where my balance was nonexistent.  So when my computer began ‘throwing up on itself,’  I decided to collapse into the day and accept that life is just that way sometimes.  The only part of the day that made sense was throwing on a hat with a large orange flower.  Who could be serious about that or even keep a straight face……  Especially with the addition of an equally bright orange scarf!

What to Wear to Chemo #9