In Celebration of Courage 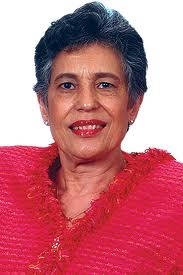 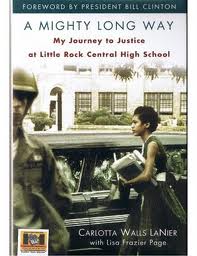 Late last week The Style Crone and Camille were honored to hear Carlotta Walls LaNier speak about her life, her place in history as the youngest of the “Little Rock Nine,”  and her book A Mighty Long Way. As stated in her introduction, “Her Journey began in 1957 when she was 14 years old and entering her freshman year in high school. Three years previously the Supreme Court had outlawed segregation in public education in the famous decision Brown vs. the Board of Education. Attempts to desegregate the schools had been sparse and often unsuccessful until `1957.  When Carlotta and her fellow students mounted the steps of Central High School in Little Rock accompanied by armed guards protecting them from the threats and racial slurs of an angry crowd, the television cameras were there.  Carlotta’s and her fellow students’ actions lit the match to the Civil Rights movement. Lunch room sit-ins and marches followed, culminating in the passage of the Civil Rights Act of 1964, prohibiting discrimination in places of public accommodation, and the Voting Rights Act of 1965, ensuring equal rights in voting to all Americans.  The Civil Rights movement is still in progress.”

It was moving and powerful to hear this inspiring woman speak of her experiences, of the feelings of terror as her home was bombed, of the relentless abuse that continued throughout her high school years, of her perceptions of the majority of students who said or did nothing to offer support or compassion, and how she survived and overcame overwhelming obstacles.  It was the perfect introduction to the celebration of Dr. Martin Luther King’s birthday.

As I reflect on how courageous people have risked their lives and given their lives for the advancement of all, The SC is inspired to move forward, stretch, expand, evolve and break through internal barriers.  A crone could do nothing less!

What to Wear to a Clinic Appointment

Happy Holidays From The SC